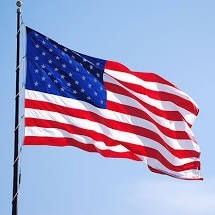 In the past, every four years or so, we have noticed the tone of many of our conversations turn to politics. It’s not that folks haven’t had an interest in or concern for politics during other periods of time. It just that during these periods the tone shifts from general conversation to more serious concern and, sometimes, downright fear.

Well…we’re entering that period where this topic is starting to dominate many of our conversations again. It could be due to me getting older or paying more attention, or maybe a combination of both, but it seems like this round of political conversations has been more fearful, more angry, more polarized, and more disunified than I ever remember. That weighs FAR more heavily on me than who is actually elected!

A humorous political statement came to mind that I wanted to share. This statement was made in 1952 by Noah S. "Soggy" Sweat, Jr., a state representative in Mississippi. Here’s a link to a brief video reenactment (https://youtu.be/wmuMLd_lAIU) and here’s the text of that speech:

My friends, I had not intended to discuss this controversial subject at this particular time. However, I want you to know that I do not shun controversy. On the contrary, I will take a stand on any issue at any time, regardless of how fraught with controversy it might be.

If when you say whiskey you mean the devil’s brew, the poison scourge, the bloody monster, that defiles innocence, dethrones reason, destroys the home, creates misery and poverty, yea, literally takes the bread from the mouths of little children; if you mean the evil drink that topples the Christian man and woman from the pinnacle of righteous, gracious living into the bottomless pit of degradation, and despair, and shame and helplessness, and hopelessness, then certainly I am against it.

But, if when you say whiskey you mean the oil of conversation, the philosophic wine, the ale that is consumed when good fellows get together, that puts a song in their hearts and laughter on their lips, and the warm glow of contentment in their eyes; if you mean Christmas cheer; if you mean the stimulating drink that puts the spring in the old gentleman’s step on a frosty, crispy morning; if you mean the drink which enables a man to magnify his joy, and his happiness, and to forget, if only for a little while, life’s great tragedies, and heartaches, and sorrows; if you mean that drink, the sale of which pours into our treasuries untold millions of dollars, which are used to provide tender care for our little crippled children, our blind, our deaf, our dumb, our pitiful aged and infirm; to build highways and hospitals and schools, then certainly I am for it.

Hopefully, this bit of levity will help lighten your political mood. And, as we enter this coming election cycle, let’s PLEASE remember that it’s not our elected officials that make this nation great. What makes this nation great, among many other things, is the fact that we are unified behind the idea of God-given freedom and our ability to embrace together the ideal of life, liberty, and the pursuit of happiness!

Make it a great week!!